Ok, I admit that I watch superhero movies as well as comic book films (are they the same thing?). Except, I couldn’t tell you anything about anybody in any of the films as I’m apparently not fanatic about it.

Sorry, but not entirely.

Nonetheless, we decided to take a trip to Niagara Falls and experience Comic Con for ourselves. Normally when we head there, we spend time visiting family as opposed to doing ‘touristy’ outings, but this time, we decided to switch things up a bit.

Friday after school, we drove 3.5 hours to a place called Fonthill. Imagine the hilly countryside with farms and small towns. A place where you wave to people, just because. We grabbed some pizza and settled in for the night at our dear friends’ house.

Saturday morning we packed up a cooler and headed to the Scotiabank Convention Centre in Niagara Falls. We got there just before 11am and the line to get in was wrapped all the way around the building and then folded around the back side once more. We were told it would be an hour and a half wait – but, you know, we’re hard-core gamers and such, so yeah, we stood in that line and owned it like a boss.

The line actually moved faster than anticipated and within an hour, we were inside and exploring. Forgive me (all you actual gamers/comic lovers), but my first impression was that it was a big flea market of comic book knick knacks and such. There were a few booths that were pretty cool, like the board game one, but it didn’t have the game I’m looking for, so that kinda burst my bubble. The other cool booths were the arcade games and the picture ops with characters.

The picture ops all work on donations, so although it’s not a requirement, you may want to bring smaller bills for donations. The only one that was a bit sketch for me was the batman one. They waited until the kids were standing on either side of batman in front of the bat mobile, then, as I lifted my phone to take a pic, they told me it was a mandatory $10 donation for the photo-op. What am I going to say to my kids at that point, no? No big deal, I just made sure I got a good pic.

Besides the big flea market type expo, they also offered some sessions and panels, which I thought were pretty cool. I went to a special effects session, which was fun to watch since I’m a graphic designer. I can’t say I learned anything (probably because I already knew the basics they taught), but it was fun to hear their backstories on how they got into graphic design and visual effects. I also went to a makeup demo that was quite intriguing. It makes me want to try to do some Disney or comic inspired makeup looks (comment below if you’d like to see that). 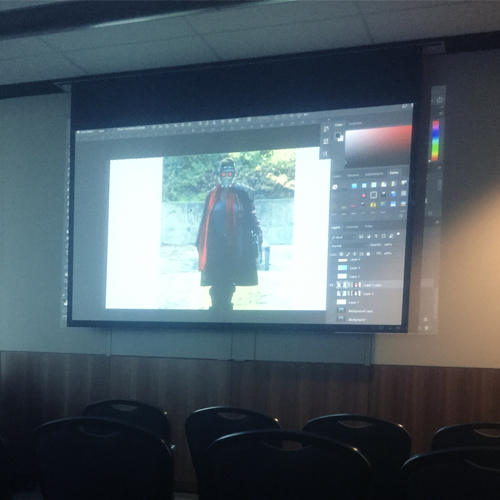 We went to two panel sessions. The first was with The Big Show. Now, I’m not a fan of wrestling, but I really enjoyed his session since he came across so caring and compassionate and like a genuinely good guy. Plus, I could follow some of what he said due to my cousins forcing me to watch wrestling when we were kids.

The second panel was with Michael Rooker (Yondu) and Sean Gunn (Rocket). This panel was probably worth buying a Comic Con ticket all on its own. Michael Rooker is absolutely hilarious. They captivated the audience and the time flew by. We laughed almost the entire time.

When we left the convention, we headed down to the Falls. After scoring some ice cream, we walked to the bottom of Clifton Hill and stopped for some pics in front of the Falls. All of a sudden, someone grabbed me from behind (I thought it was Violet). As I turned around, I realized it was a friend of mine! What are the odds?! Such a great surprise! 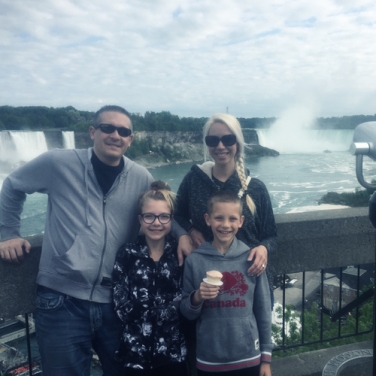 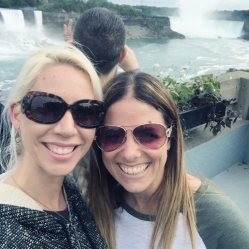 After taking in the glorious majesty of the Falls, we walked back up Clifton Hill and stopped at the Great Canadian Midway for some games. We played Ghost Blaster, rode the 6D virtual roller coaster and played arcade games for an hour.

We can’t be in Niagara Falls without spending time with Brian’s brother and sister-in-law.  So, we stopped by their place for dinner and a visit. It always makes me wish we lived closer.

On Sunday morning, we decided to visit Jubilee Community Church. Pastor Ralph delivered an amazing message in a series called ‘Read the Book.’ It was such an honour to be a part of their service and see what God is doing through them in Dunnville. 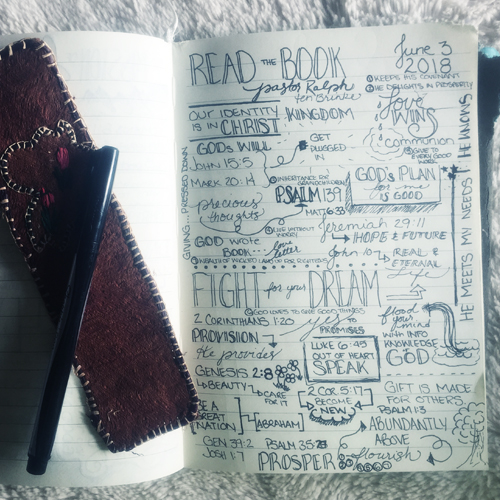 Sunday proved to be a leisurely drive home to Windsor. We had an amazing time in the Niagara Region with many friends and I’m grateful for this little weekend getaway.