I’m sitting here in Baltimore, at the airport.

I’m waiting for a flight home – well, to Detroit.

I booked this Spirit flight over the Southwest flight because the layover was shorter – only 52 minutes.

…or so it was supposed to be.

Let’s start from the beginning.

Our flight from Orlando to Baltimore was delayed because of an incident with a passenger on the flight before ours.

It was all good, though.

He apologized to us after he was walked off by the officers.

After he exited the aircraft, we were able to board.

The flight was mostly uneventful, until the captain came on the speaker and announced that we would be experiencing some turbulence during our landing.

That may have been an understatement.

My kids said they felt like they were riding the Slinky Dog Dash at Hollywood Studios. 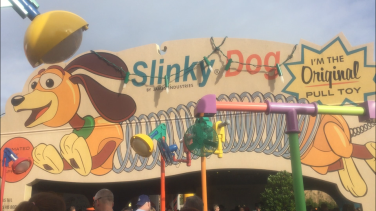 I’d agree with that.

As we decended into Baltimore, the weather was wet and visibility was poor from our window. I didn’t even see the ground until moments before we touched down.

I couldn’t help but feel like something was wrong with the plane.

I said a little prayer asking God to have them check the plane before we took off again to Detroit.

They announced that they needed to run some diagnostics on the plane and we would be delayed an hour.

An hour went by.

Finally, they announced that our flight would be delayed for 4.5 hours.

People started screaming and that’s when you start to see things that make you shake your head.

They offered everyone vouchers.

I waited in line for our vouchers.

We took option 2. It was really our only option because we had nowhere to go in Baltimore.

It was now 8:52pm, I walked down the corridor to the food places. They all seemed to be closing their gates.

I asked the lady at McDonald’s.

Yes, they all close at 9pm.

McDonald’s gave me all the food they had available – a 10 pack of chicken tenders, 3 fries and 2 ice cream cones.

Now, as I write this, everyone is sitting, charging their devices, sharing food and waiting another 2 hours for our plane to arrive. 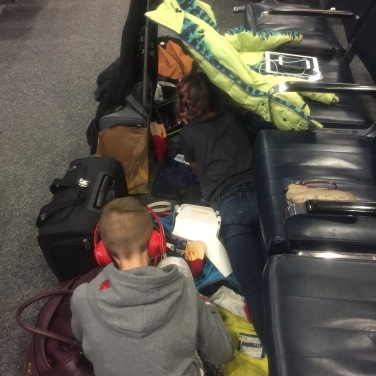 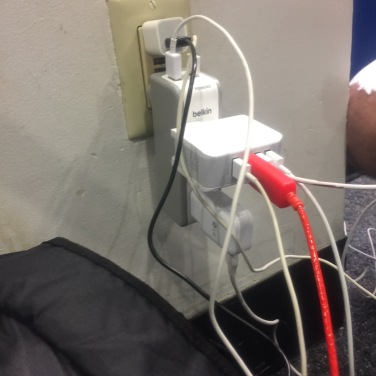 So much for my decision to book the shorter layover.

It’s all good, though.

The way I look at it, there are two ways to process this.

I would much rather arrive 5 hours late, than not at all.

So, for that, I am grateful that Spirit has my safety in their best interest.

All in all, our travels home took us more than 12 hours, but we arrived.